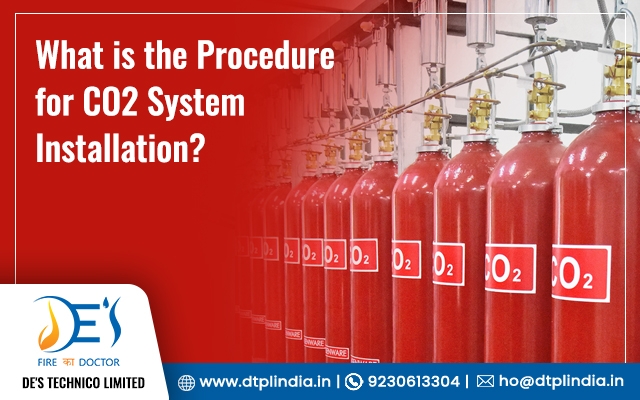 Carbon dioxide is used as a gas flooding system to displace the presence of oxygen in the protected area and thus extinguish fire. The carbon dioxide is stored in cylinders in a liquid form, and the volume of space that must be protected signifies the number of cylinders required. This is why the CO2 system is used as a firefighting system. But before purchasing this system, it is important to know the procedure of CO2 system installation. This blog will teach you how to install a carbon dioxide firefighting system.

The procedure for CO2 system installation to ensure fire safety

A cargo space system is usually arranged for a carbon dioxide flooding system. Small sampling pipes of air from individual cargo holds are led on the bridge into a cabinet. From each hold, the air is drawn by a small fan through each pipe of carbon dioxide for its particular hold. When smoke is drawn from one of the holds into the cabinet, it will set a fire alarm. At the same time, the smoke is also passed in the wheelhouse, and the detection can be made by personnel on watch.

CO2 system installation is a fire extinguishing system that employs carbon dioxide stored under pressure at an ambient temperature. It is used extensively to protect cargo components, machinery spaces and boiler rooms of ships from fire. When carbon dioxide is released, it is distributed through the entire compartments, diminishes the relative oxygen content in the ship compartments, and maintains a safe fire protection system.

Carbon dioxide bottles are solid drawn steel, hydraulically tested to 228 bar. The contents of CO2 bottles are checked using a radioactive level indicator or by weighing. It is important to recharge if there is a weight loss of 10%. The syphon tube in the CO2 bottle ensures that the liquid gets discharged from the bottles.

A carbon dioxide system is used in case of a severe fire spread and helps evacuate the room with fire. Hence, it is vital to know the CO2 system installation process.